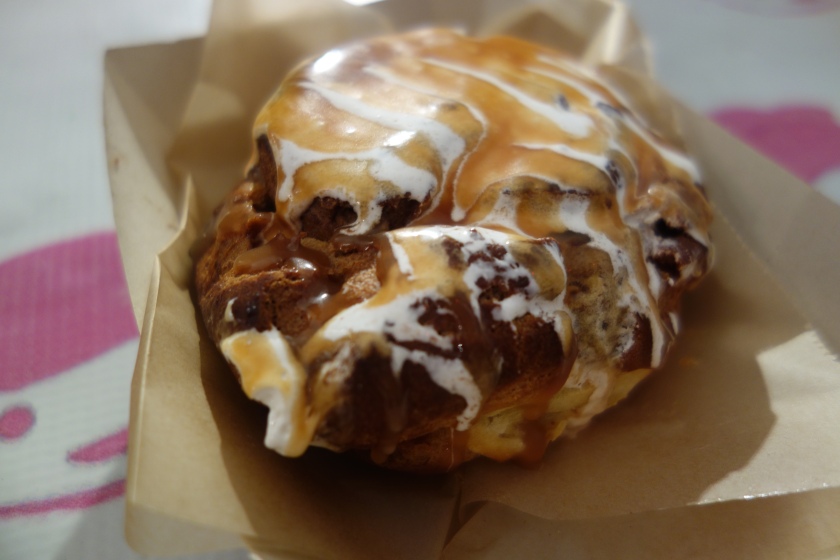 It’s slightly ironic that the past two weekends—arguably the nicest, weather-wise, the entire time I’ve lived here—I’ve been out of town, considering my past personal dredges of Seasonal Affective Disorder that begged for 78 degree days. But it was worth it, because I got to stuff the above creation into my face (a salted caramel hot chocolate cream puff… heavens to Betsy) and gaze upon the Washington Monument in a 10-mimosas-deep state of mind.

You can find the link to the Bonnaroo rundown in the post below (or on munchies.vice.com ). One thing I didn’t adequately elaborate on was the absolutely fantastic burger made for me by Jeremiah Bullfrog, aka Rick Ross’s personal chef. I’ve only had one other “real-meat” burger in the past 11 years, so it’s true that I may be biased (and I’m not planning on having any more in the near future.) But lord, this thing… if anything was worth betrayal of my personal ethics… A salty, juicy handheld from heaven, I’ll tell ya. One every six years is okay, right? 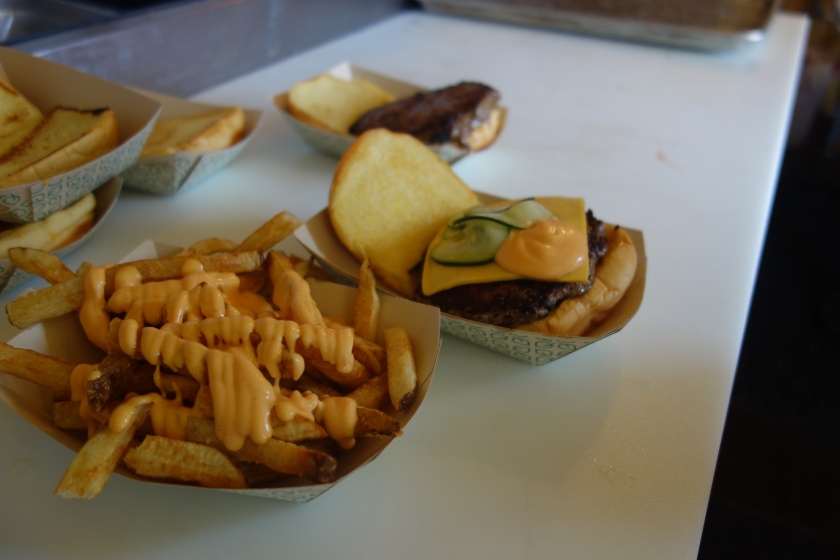 As for DC, here’s a rundown:

Took Amtrak for the first time in my life. Everyone told me that I would love it—I’m partial to old-world modes of transportation—and they weren’t wrong. Penn Station is not romantic, make no mistake, but the long and sunset-backdropped weave through New Jersey, Pennsylvania, Delaware, and Maryland was spectacular.

Stayed with Ms. Shaelyn Dawson, one of my literal best-friends-forever (since we were 14 and counting) and went on a worthy rampage around the city. Started Saturday with a bottomless brunch of about 10 million Mexican breakfast tapas and google-plex mimosas, ran around the touristy stuff in a heightened state (the Jefferson Memorial, the Potomac, the Washington Monument from a safe distance to avoid the grumpy families and tour groups of teenagers), followed by a cartwheels contest on its accompanying lawn.

Regained composure and watched the World Cup at this nookish bar tucked on the second floor of an apartment building called Ivy & Coney, which felt like a moderately dilapidated Victorian living room with ice-cold beer. Fantastic. After a nap and some time with Shaelyn’s ridiculously photogenic miniature Australian Shepherds, it was off to Show Time to eat pizza and listen to all of the Shangri-Las and Smoky Robinson songs I could manage from the free jukebox before pissing off fellow patrons. Unnamed members of our parties vomited from the building extravagance of the day and I almost tried a potion made from “every leftover bottle of weird promotional liquor that we get sent, mixed together” but thought better of it.

Walking to my friend Brett’s house later on, we were apprehended via shouts from an upstairs window by some artists partying in a loft who saw us walking by. They invited us in and we passed through a ground-floor studio of impressive neon sculptures and plaster busts and up into a high-ceilinged converted firehouse, where a gaggle of creative types were playing pool and dancing to Pusha T. They equipped us with beers and brought us up to the roof, but eventually we departed to hit a different roof (that of my much-missed friend from college, Brett).

Maybe I just had no idea that DC was such a friendly place? Admittedly I had stereotyped it as a collared-shirt kind of town where no one schmoozes unless they have something to gain from it (politically or career-wise), but this conception was totally shattered. Maybe it’s no longer the land of Dischord, but it’s pretty cool.

Trains, planes, and automobiles seem to be the theme of my summer. And that’s more than fine with me. Take me to a Ruby Tuesday’s in rural Tennessee or a fjord in Iceland. I’ll take it all.