People often ask me what kind of cameras I shoot with.

Over the years, I have been through bazillions of different cameras in search of just the right je ne sais quoi. The right camera should feel like a partner in crime, a constant companion, and a trusty tool. Basically, it should successfully translate—or at least mimic—the way that you see the world.

Here are my typical weapons of choice, past and present.

I was fortunate enough to acquire one of these hardy little dudes at an estate sale in late 2007 for 150 bucks, though they typically go for about $400 on eBay these days. Six months into my adventures with it, it developed a battery issue, and I had to sent it off to be repaired by some specialty shop in Vermont for six months. But it came back working like a charm, and has been serving me since.

There are a number of reason why it’s my favorite camera; it’s got a metal shell that offers it tortoise-like protection, since it’s typically being thrown around at the bottom of my bag or backpack, always on-the-go and unafraid. Its settings are reliable and almost minimalist; the aperture is changed by gently rotating the peeking-out lens, and the flash is powerful and still yields sharp, light-flooded images. The widest aperture of 2.8 suffices better than one would expect. It is a camera that feels present with you, and thoughtful, almost like wearing a pair of glasses instead of staring through a small machine.

Its focusing and metering can be temperamental at times. But I always have the feeling like there’s a bit of soul in it, like its squinting and cocking its head to the side before I even look through the viewfinder or press the shutter, trying to see what’s in front of it. And the mistakes seem happy and purposeful. 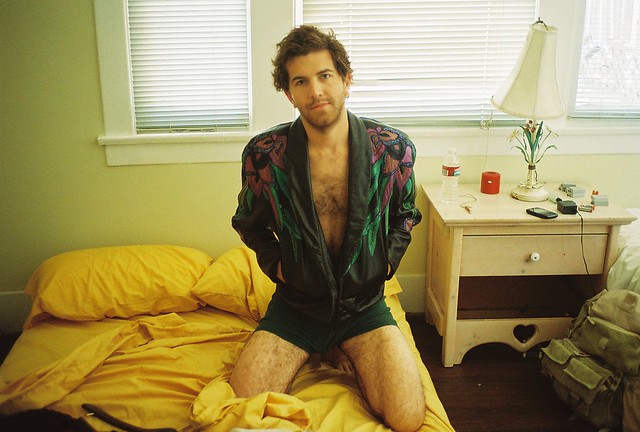 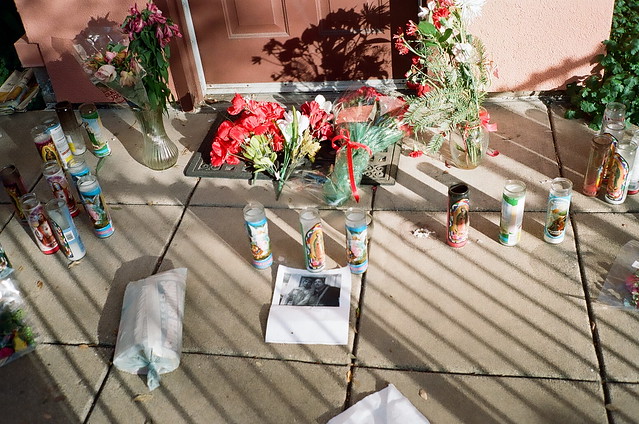 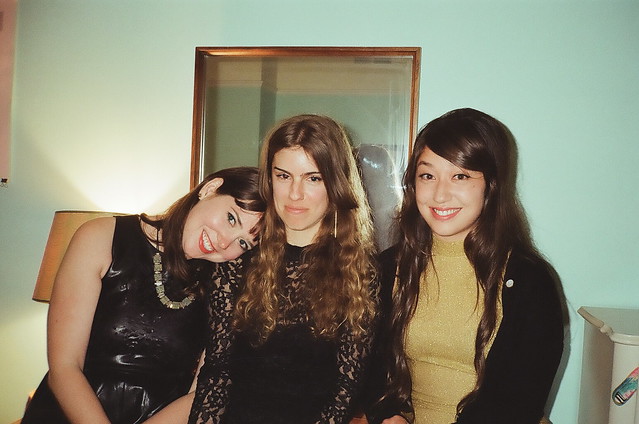 Sharing a similar legacy and fan base to the T2, the T4 is typically a bit cheaper and grittier. For this reason, I prefer to use it for parties, and spontaneous road trips where it might get flung into a bog or a patch of quicksand. I brought it to riots in 2010 and ghost towns the following year. There’s something slightly vulgar about it when the flash is used; I believe that this is the reason why Terry Richardson is rumored to be so fond of it. Maybe it’s for someone a little more free-spirited than the typical T2 user, someone who wants more images of blood and nudity. But like a bad boyfriend, it also has surprising moments of tenderness that keep you coming back to it even when it has done you wrong many times over. 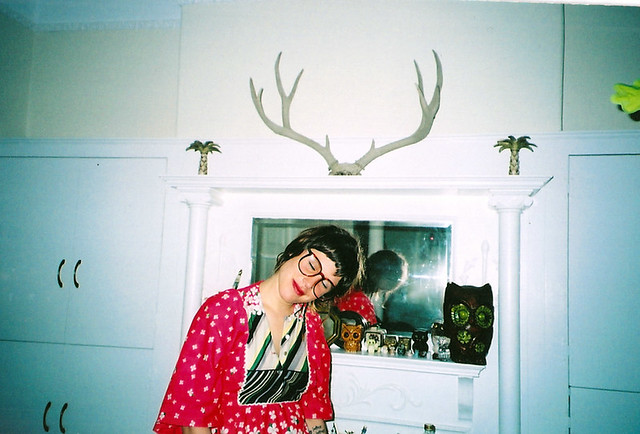 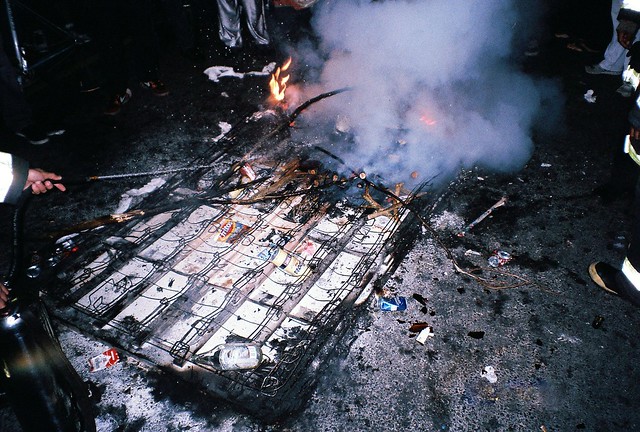 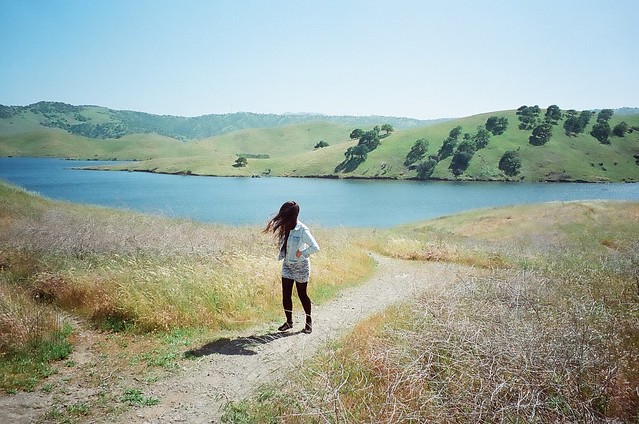 Ah, the Nikon N90. Though not particularly “cool” or well-known, it’s the first camera I really learned to take photos on; I got mine when I was 15, shortly before 9/11, and have a lot of weird feelings associated with the first few rolls I took on it. It’s bulky, and heavy, and requires more thought than a point-and-shoot. But it has continued to excite me over the years, especially when I tried it with different flashes and lenses, and eventually settled on using it in Automatic mode so that I could be more spontaneous with it as its value decreased in a digital world. Using it is like befriending an old, talented musician who never made it big. It also makes a loud, super-satisfying click. 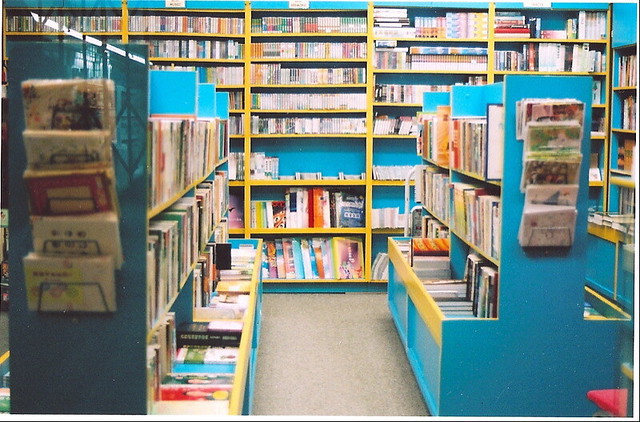 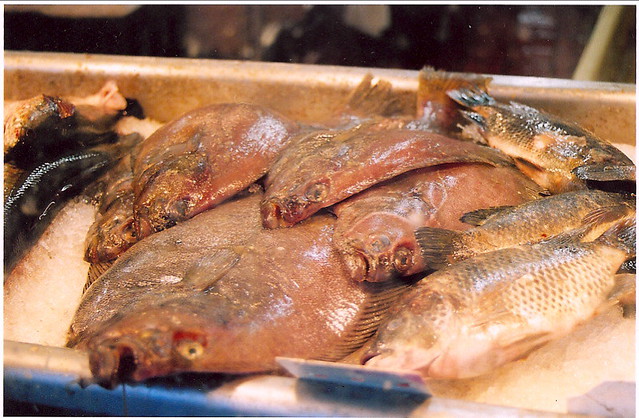 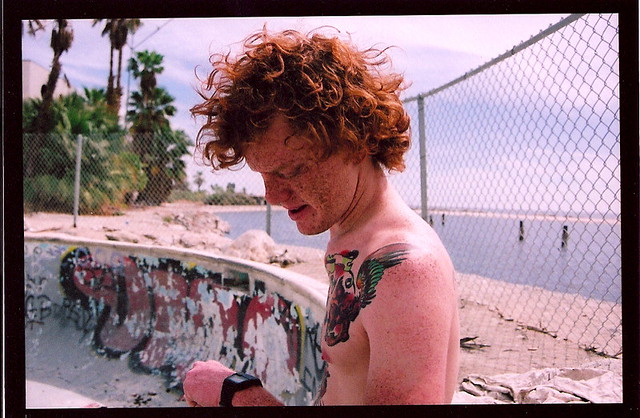 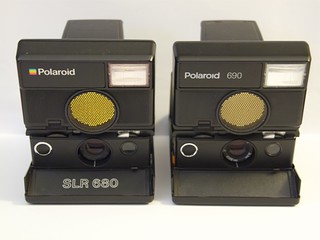 This ridiculous-looking thing was my one true love from about 2006 to late 2009, at which point Polaroid 600 film became incredibly difficult to obtain. I still have a decent stash, but it’s growing more deeply expired—and subsequently, reddish and faded—with each passing day. But the SLR 680, in spite of its totally weird form and bumbly lack of Apple-product elegance, is like the Rolls Royce of Polaroid cameras. Its large sonar panel produces incredibly crisp and beautiful images that are perfect imitations of the longing of memory and the bittersweetness of nostalgia. Pressing the shutter with the lightest touch possible, you can focus and unfocus on your subject over and over until you get just the right level of depth. It’s only fair, then, that I can’t continue to use one forever; it was always meant to be a librarian of the past, of things that we can’t have anymore, but were once so real, if only for a second. 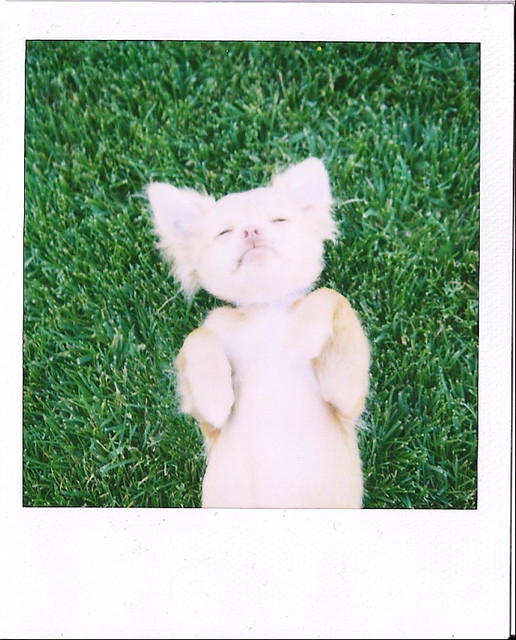 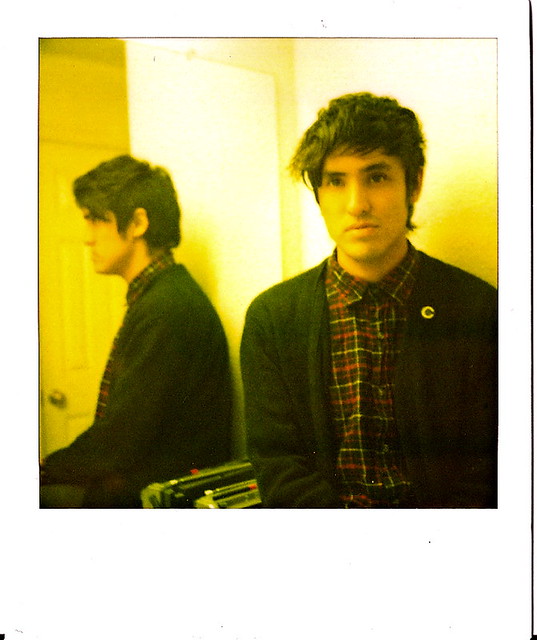 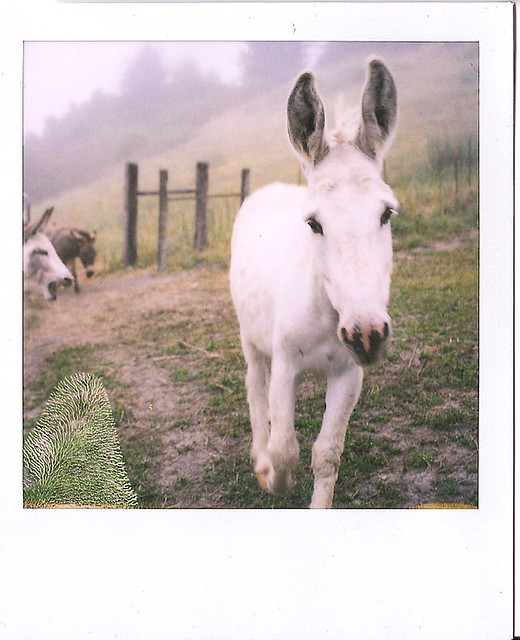 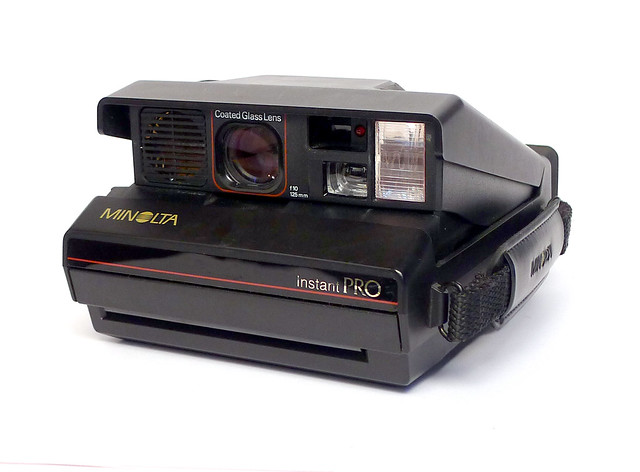 I got hooked on shooting with a Spectra camera about 7 years ago because the film was cheaper, but I stuck around because it’s the perfect portrait camera. With slightly more technology and larger negatives than its 600 counterparts, the Spectra series (and their cousin, the Minolta Instant Pro) was Polaroid’s attempt to integrate more settings and customizability into its cameras, with features such as integrated double exposure and self timer options. Its yields are quiet and dream-like, with backgrounds fading into the horizon forever while what’s in the center feels so close you could touch it. 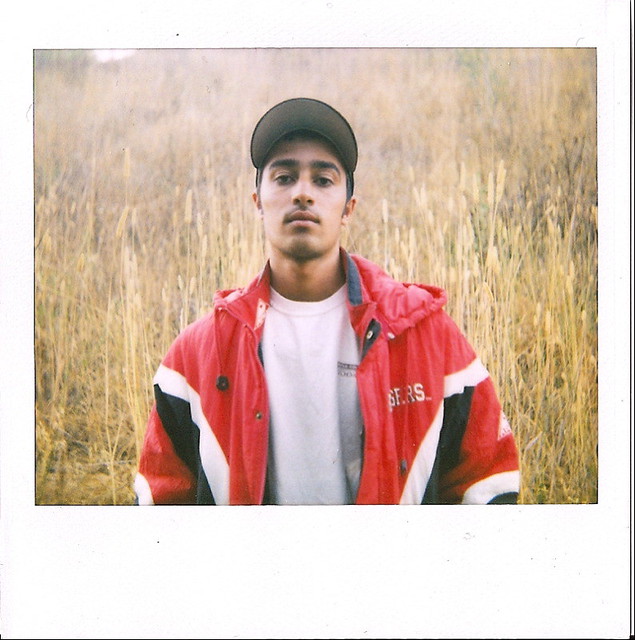 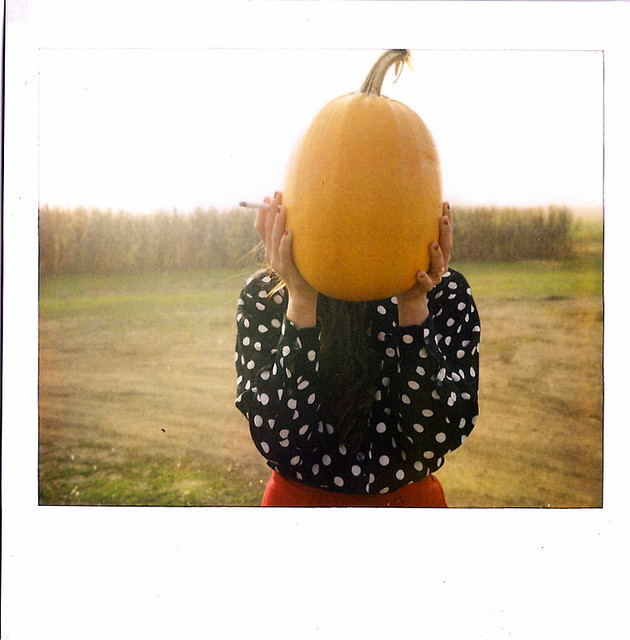 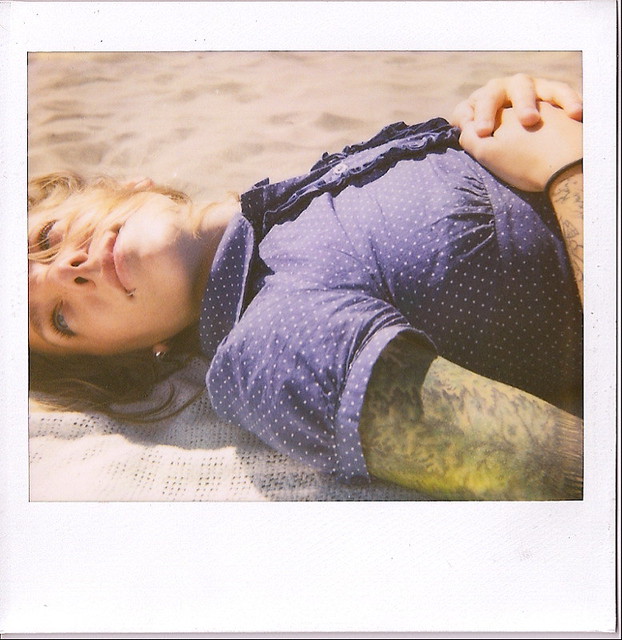 Though all currently in retirement, I used the above for at least a few rolls apiece with (typically) great results.

The Lomo LC-A had its 15 minutes of fame in 2004-2006, when it experienced something of a cult revival and suddenly was everywhere and coveted. It was lauded for being “unpredictable” and saturated and clunky and made by Communists, all of which do factor into some pretty interesting photos that have strange green or yellow or red pallors, and a quintessentially “indie” feel if you are the type of person who insists on using that word. Mine insisted on breaking frequently and unapologetically, but I did become fond of its gusto and would employ it again if I was a little bit younger and if film was less expensive, or if I was shooting an album cover for a band that was brooding and ambient.

The Vivitar Ultra Wide and Slim is hilariously cheap (I think I got mine for $5) and featherlight, weighing little more than the roll of film itself. You’re never quite sure if it’s working, or if your entire roll will suck, or if you’ll drop it on the ground and it will shatter into a hundred pieces of plastic. But considering its price and quality of production, it can do pretty amazing things:

The Canon AE-1 is the perfect starter rangefinder camera. They’re super-affordable (I got mine at Goodwill for $50) and very forgiving while you get the hang of the all-manual settings and old-school mechanical body. Even though I don’t use mine as often as I should, I feel like everyone should have one; it’s like the Rebel of analog cameras. If I ever have kids, I hope that I can give them each one when they turn 13 and set them loose on the world.

the hamptons, palm springs, hollywood forever cemetery, “the valley,” and our apartment in los angeles.